The Trip Home to Canada 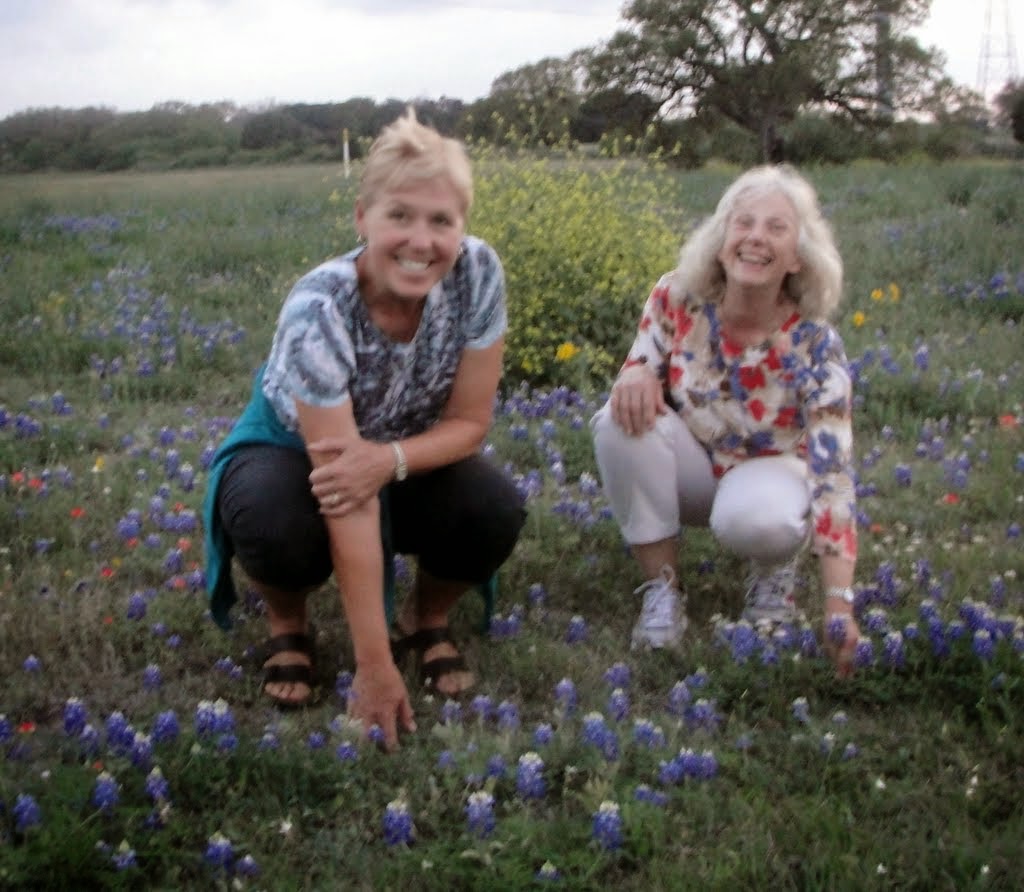 We started out from Trophy Gardens in Alamo as planned on April 2/14 and landed our first night in New Braunfels to visit our Lakefield friends Marlene and Heinz Loth in their Texas home. We went for 2 lovely walks together and had a lovely dinner at the Gruene Gristmill (restaurant is a former cotton mill) followed by a walk around the historical town of Gruene. We walked through the Gruene Dance Hall - oldest continuous used Dance Hall in Texas. George Strait had his start here. The Texas Bluebonnets were in bloom on our drive north of San Antonio - known as Hill Country.
April 3/14 - spent the night in a Fairfield Inn in  Mesquite, Texas - suburb of Dallas.
April 4 - 5/14 - HOT SPRINGS, ARKANSAS
We traveled north to spend a few nights with our Trophy Gardens' friends, Rick and Brenda Watts in their beautiful huge condo in Hot Springs - boyhood home of Bill Clinton.

The first afternoon we had a lovely pontoon boat ride on Lake Hamilton over to scenic Garvan Woodland Gardens to see the spring tulip display. Brenda is a Master Gardener so she knew the plants and trees.

On the 5th we toured the beautiful city of Hot Springs - a worldwide destination which draws 2 million visitors annually to its famed thermal waters, scenic beauty, lakes and family attractions. We climbed their Mountain Tower (216 feet high) for beautiful panoramic views.
We strolled along the Promenade and visited Bath House Row along the main street.
President Andrew Jackson designated Hot Springs as the first federal reservation in 1832 - which really made it America's first national park. The naturally thermal spring waters that flowed into the bathhouses were believed to have healing properties, which is why presidents, outlaws, athletes and other celebrities visited the Spa City.
We dropped in to the famous Arlington Hotel and actually Bill Clinton was there that day to deliver a speech - but we didn't see him. We ate a delicious lunch at the 1217 Cafe and later had a delicious dinner with Brenda's family - Cousin Bobby and Tamera, Brother Sonny and wife Sandy from California, Brenda's son and family and Rick's son and family - at Bobby's house outside Benton close to their farm and church.

April 6-13/14 - Moved north - along a windy scenic road (stopped in Russellville for a special What aBurger lunch) and moved into our Sky Auction Timeshare unit in Fairfield Bay Arkansas - a Wyndham Resort. During our week we did hikes - Indian Falls, Indian Caves, Hidden Cove and Mountain View. We used the facilities of the town - the Hart Centre to do aquacize, zumba and yoga - even tried a few games of pickleball; the library; and the resort office for internet since there was no internet available in our unit. We even took a day trip up to Mountain View - old town with their Court House in the centre square.

April 13/14 Moved on the Harrah's Casino Resort - Terrace Hotel in Tunica Mississippi. Before we arrived at our hotel we went through Memphis and I toured Elvis Presley's Graceland Home.

April 14-15/14 Nashville, Tennessee   Spent our first night at the Millenium Maxwell House Hotel (booked thru Hotwire) - which was closer to downtown and our second night at the Best Western (booked thru Booking.com) - Opryland Area. Visited 4 major sites with my $60 Music City Total Access card from the Tourist Information Office. First toured the Country Music Hall of Fame and Museum. Very interactive - well worth the visit. Then walked over to the Musicians Hall of Fame - to learn about the studios and background musicians of Nashville. On the way home from there I stopped in the Wild Horse Saloon and did a line dancing class for 15 minutes. Had dinner at our hotel - original Millenium hotel had chef that made fabulous coffee.

I toured the Ryman Auditorium (Back Stage Tour for an extra $5) on the morning of the 15th. Interesting place with lots of history. Revered by many as the "Mother Church of Country Music", the Ryman was the home of the Grand Ole Opry from 1943 to 1974. The building was built in 1892 and named for Captain Tom Ryman, a wealthy riverboat captain, Ryman was inspired to sponsor the building's cinstruction after his religious conversion at a tent revival held by Sam Jones. Originally known as the Union Gospel Tabernacle. Lula C. Naff was its famous manger for many years. After the Opry left for its new building, the Ryman deteriorated but has been revived and holds concerts again.
Lunch at Cracker Barrel Restaurant and in the afternoon I did the Backstage Tour at the Grand Old Opry -

saw the 18 dressing rooms - all themed, the famous Green Room, Opry member plaques and mailboxes,   and the wooden circle floor taken from the Ryman Auditorium. I walked back to our hotel by way of the big shopping centre (Opry Mills) and the Marriott Gaylord Hotel and Convention Centre.
Luckily I got a seat at the evening performance of the Grand Ole Opry and saw Terri Clark, Riders in the Sky, Lindsay Ell. Sam Palladio (Deacon on the TV show - Nashville), Bill Anderson, Jana Kramer and Hunter Hayes. All had 3 songs and Hunter had 5. This was a live performance broadcast and some taping was done on the Hunter Hayes portion to be televised on July 4/14 as part of a Macy's 4th of July special.
April 16/14 - Drove on to Hickory North Carolina for a night at the Fairfield Inn before driving on to Tom and Diana's in Chesapeake Virginia for Easter weekend before motoring home to Lakefield on April 22.