February 05, 2014
February 2014 Trophy Gardens Alamo Texas
Don and I started the trip south on November 24/13 from Lakefield - lunch with Gramma and Grampa Marsden in Toronto, dinner with Katie and Dave in Winona, overnight in St Catherines with Ellie and Jan and Lincoln Lech and crossed over the Canada/USA border on the morning of November 25th. We spent the next night along the route to Virginia ( our 35th wedding anniversary)and arrived at Tom and Diana's to celebrate Thanksgiving and the lighting of the Charlie Pugh's Christmas house next door. 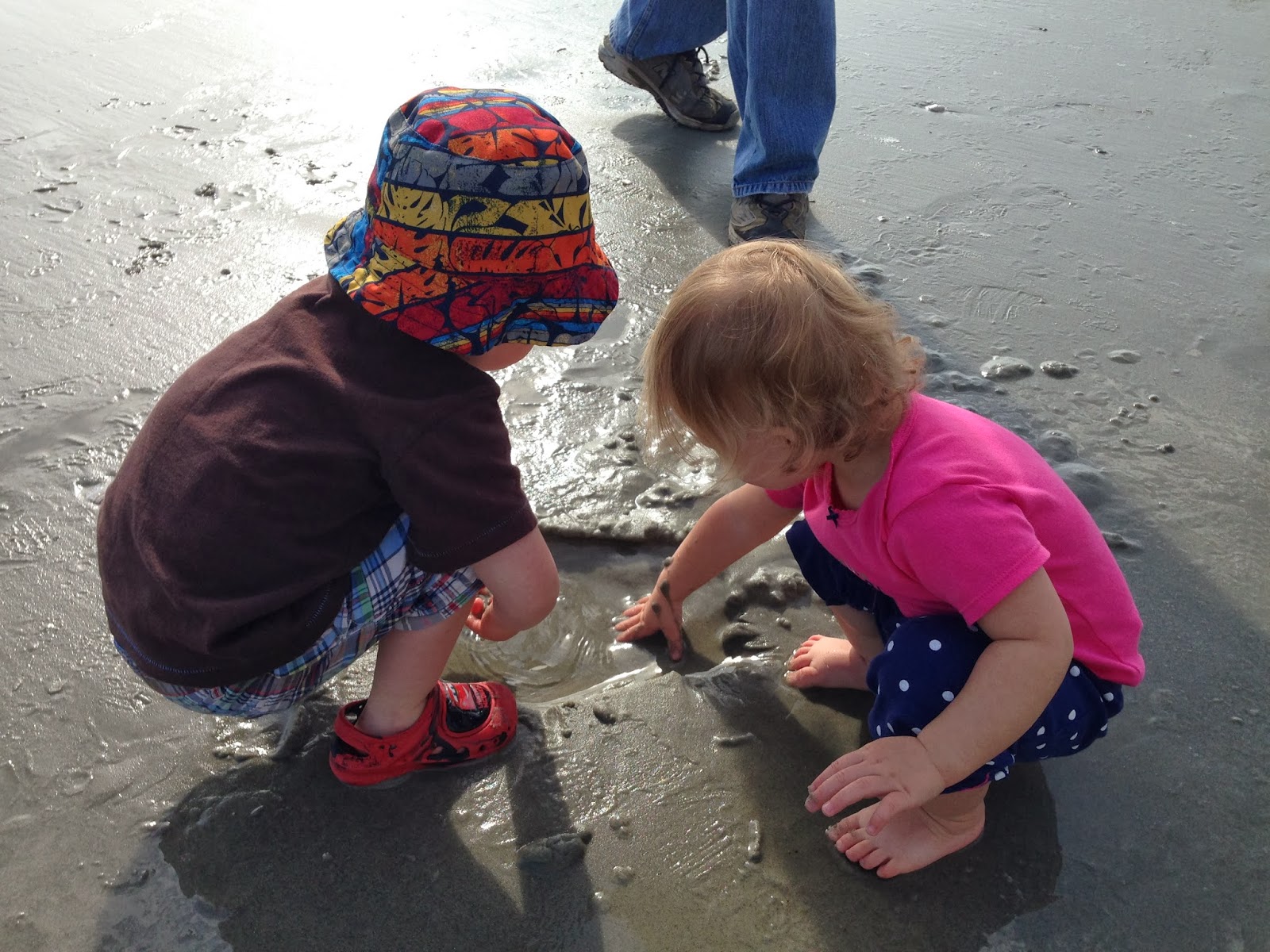 After a few days, Don and I moved further south to North Myrtle Beach for a week at Wyndham Towers timeshare resort right across the road from the Beach. Tom and Diana and the kiddies joined us there for a few nights and then moved on to Orlando for a week together enjoying each other, Disney World and Universal. 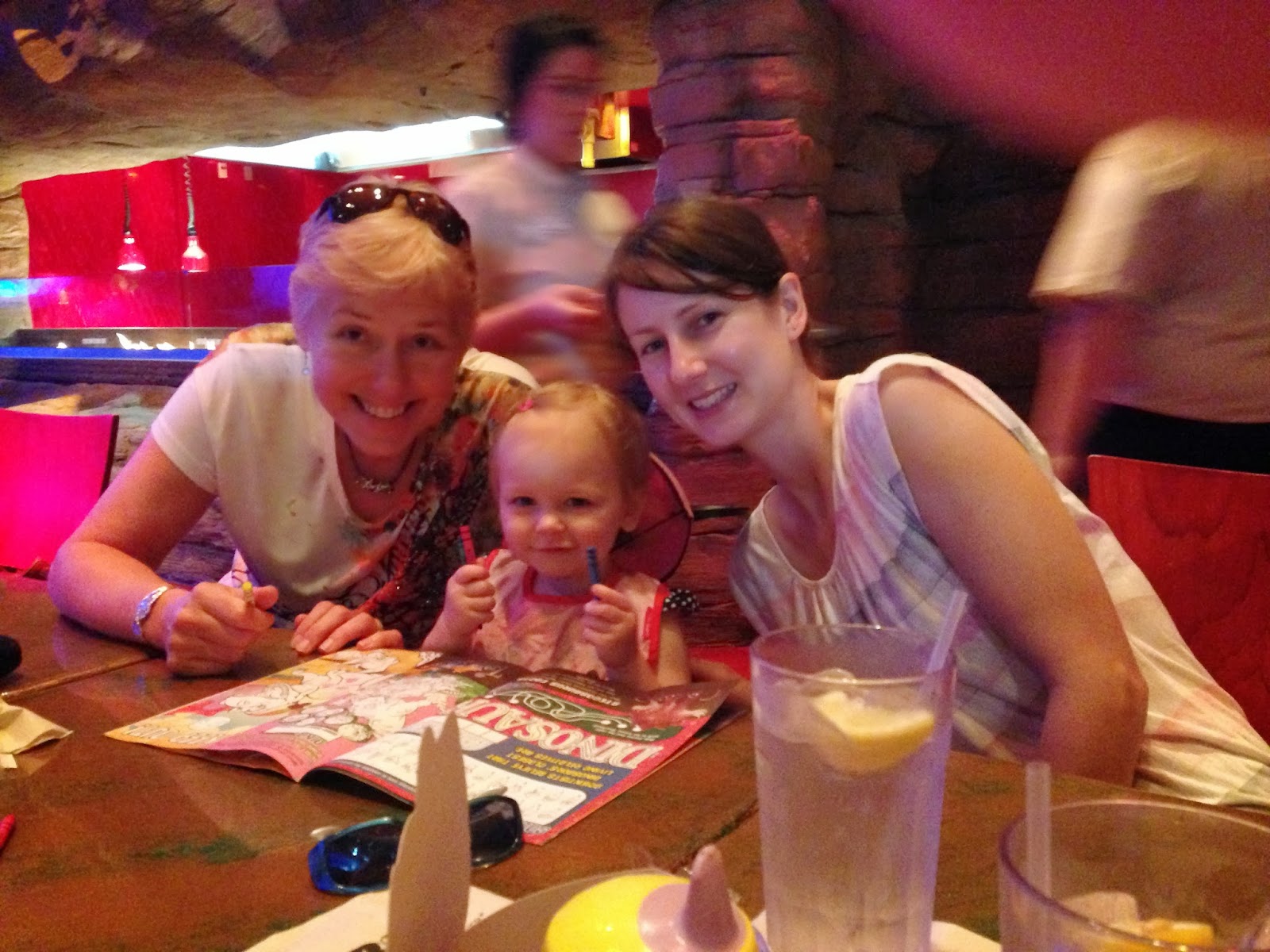 Little Benjamin spent some quality time with Oma and Opa when the others went to the parks and even experienced two timeshare presentations. One of the highlights was a lunch at the Dinosaur Restaurant at Disney Downtown. Don and I even gave Tom and Diana a day to themselves at Universal Studios and we took Jacob, Hannah and Benjamin to Chick fil A for lunch. We had a great zero entry pool at the Silver Lakes timeshare in Kissimmee that the kiddies could just walk into. The weather cooperated and we spent time enjoying that pool almost every day. 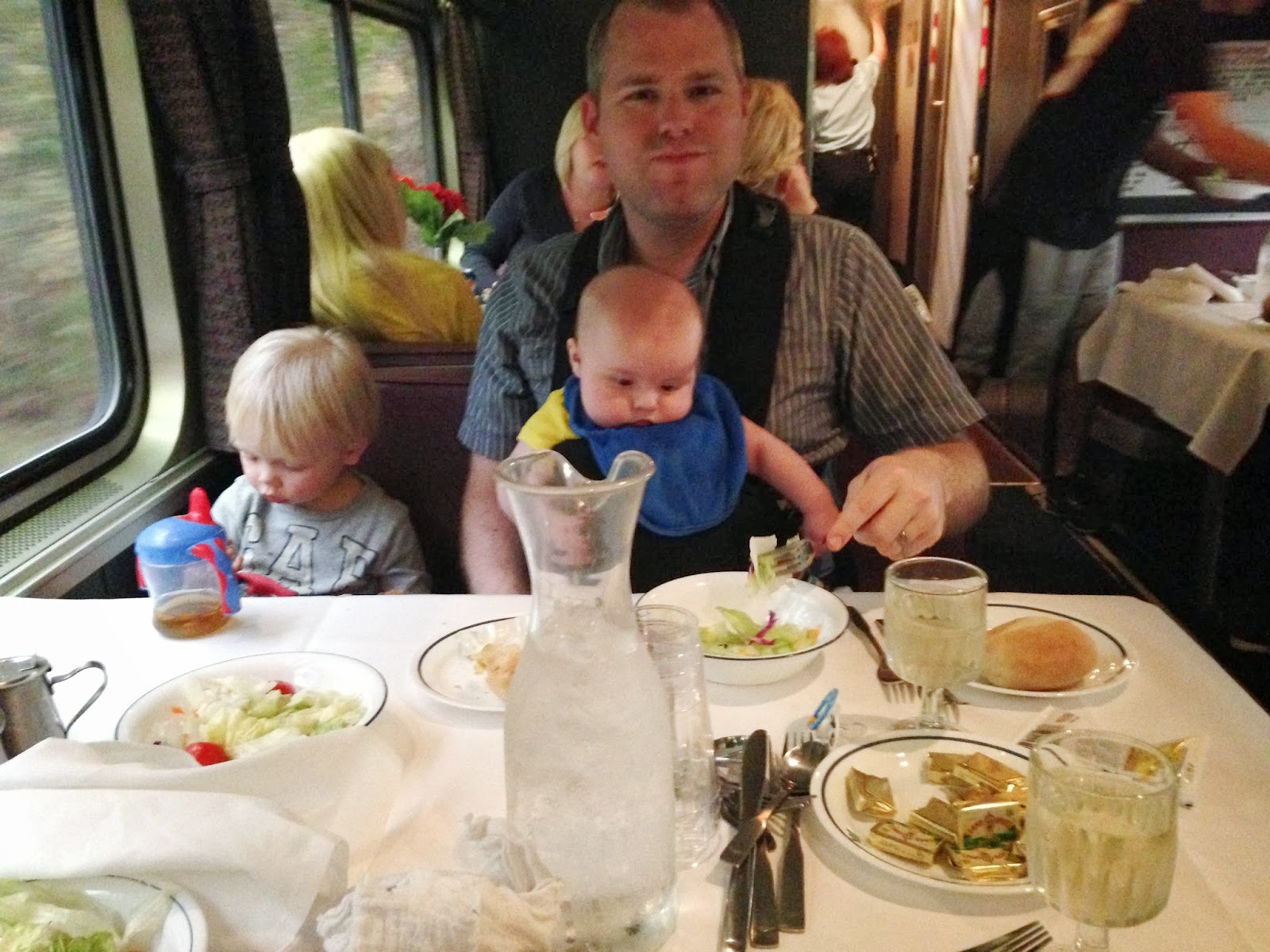 We had a lovely Santa picture taken at Disney downtown. Jacob really wasn't a big fan of Santa again this year. Later looking at the Santa pictures taken that day, Jacob's comment was "I don't like that man."
The week ended and Tom and family drove their car north of Orlando to catch a train ride north to Washington - an overnight ride so they had a berth and had dinner and breakfast in a diningroom - more relaxed than driving themselves.

Don and I visited our friends Moe and Wanda Daoust at their Sanlon
Park RV Resort on our way to spend a weekend with our friends Brian and Thery King in Pinellas Park, St Petersburg Florida.
From Florida, We headed over to Biloxi, Mississippi for a night and then over to San Antonio for the last night before reaching Trophy Gardens in Alamo to find our 5th wheel trailer waiting for us. While in San Antonio, we visited the SAS Shoe Factory - set up like an old fashioned store - even had a personal shopper named Rita to wait on me for at least 90 minutes - great place.
Christmas was celebrated at our park clubhouse and New Year's Eve with our friends Ron and Judy Ross and Linda and Brian Philpott - Winter Texans from Winnipeg Manitoba.
Don got back to playing Senior Texan Slow Pitch Baseball on Tuesday and Thursday mornings. I teach exercise classes 3 mornings a week, go biking with the Bike Club and do some line dancing and help the Garden Club too. We play golf on-site on the 9 hole Par 3 course several times a week and take part in the tournaments when the weather permits. It has been a cooler winter with a lot more rainy days that we are used to here.
I organized a Nurses Pot Luck Luncheon in January and about 20 nurses of the park attended. I encouraged 16 members of our bike club to do the McAllen Arbour Day 25 mile bike tour - too bad it was a cold morning but the ride did go well. I also did a Healthy Eating Demo and Discussion in early January and plan to repeat it in February - featuring kale and pomegranate seeds etc. I did a workshop for making stained glass stepping stones - for our Garden Club garden at the entrance to our park. Always lots to do.
I went on a couple of mystery trips - one to Brownsville and the other to Port Isabel.
Beside our golf course was a cabbage field and below is a picture of how the harvesting was done.